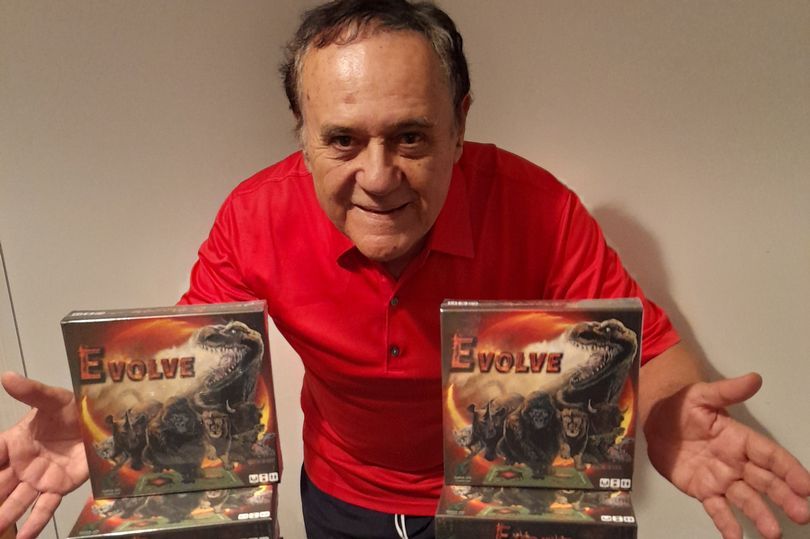 First there was the big bang... but let's start some billions of years later, outside Dominoes toy shop in Leicester, UK!

Old favourites I used to play with family and friends were still going strong; Monopoly, Cluedo and Risk and the Game of Life. Beyond that, there were few other popular, interactive family games on show. Lots of great new games; strategic and role-playing, but none with quite the same impact of the classics.

What are winning ingredients in those games? Universality? A self-contained "world"? Easy to digest rules? All-age appeal? Good player interaction? A goal that inspires competitive play? Maybe all of those elements and perhaps a few more! Even then I suspect that many games with all those elements never see the light of a retailers shelf, simply because they are not economic to make. Anyhow new authors keep trying. If "there's one book in all of us" is true, its also true for board games, judging by the thousands of games invented each year!

Since the early 90's I had toyed with the idea that the theme of Evolve could be a great basis for a game. On publishing Evolve, I discovered that there are at least two other games with the same name so clearly the theme has inspired others! My first board game attempt was called ADAM'S WEB and was developed, as far as it went, with the help of games consultant David Pritchard. Mid- way through the short life of ADAM'S WEB he joked that an author he knew had re-written his game rules 73 times before he was satisfied with them. I should have realised then what I was in for!

To cut a short story even shorter ADAM'S WEB was a very abstract race game. The board had many tramlines making it look like a puzzle. It had 360 pieces, umpteen cards and simple play, which perversely, was complicated to describe. Even with variations I tried to incorporate, it failed in the end to excite. Even so a few publishers were kind enough to take a look at it at SPEIL 2002 (Essen) and make a few polite comments. ADAM'S WEB did have nice interactive combat cards, which I may develop further some day.

Essen was a revelation to me and I highly recommend it to any budding games inventor (unlike me, good to visit before you have gone too far with any idea); hoards of visitors and islands of play tables outside many stands, populated with engrossed, heads-down players. Superbly illustrated and very skilful and strategic board and card laying games. Perhaps a mite too cerebral, possibly a bit slow and certainly more complex than what I was aiming at but still the enjoyment was evident.

After a few years break in the development of Evolve and also as a result of more feedback from play testers and others, the rules of the game were radically simplified and improved in the summer of 2012. Although the old graphics were superb some parts of the images were also improved. The animal tracks were accentuated and the images on the rule sheet were much improved. This was aimed at clarify piece movement. The contrast and clarity of the smaller symbols and images on the era cards were also enhanced to improve enjoyment by helping immerse players in the world of Evolve.

Anyway the inspiration was there: a board built up of cards? Great idea! So why not create your own path with cards and move along that path with a playing piece? Evolve was born. David's advice was: create a real world with good interaction. Avoid abstract images and mechanisms. Make the play consistent with the "world" and include a mix of skill and luck. From September 2003 onwards, various game ideas were developed, namely:

The rule revisions in 2012 have been aimed at simplifying play, increasing play choices and reducing conditional rules within the game.

Another step forward in the game mechanics that owes a great deal to the help of some excellent playtesters.

The 2013 version has more skill, more choices and overall much more action because:

With the major revisions and improvement carried out in 2012 and 2013 it took more time to fully refine the gameplay until it finally being ready to go into production in 2020. Evolve really has evolved!

Evolve is now available to buy

Message us using the contact page or if you live in Leicestershire go along to the Leicester Forest East Post Office and buy your game there.